Sell more glass, save the world

In this age of Sir David Attenborough and Greta Thunberg you could be persuaded to believe that Glass is the enemy. After all who would choose a skin for their building which lets in all the heat and makes the inside so uncomfortable that a small fortune and a truck-load of carbon must be spent on artificial cooling, lighting and heating? 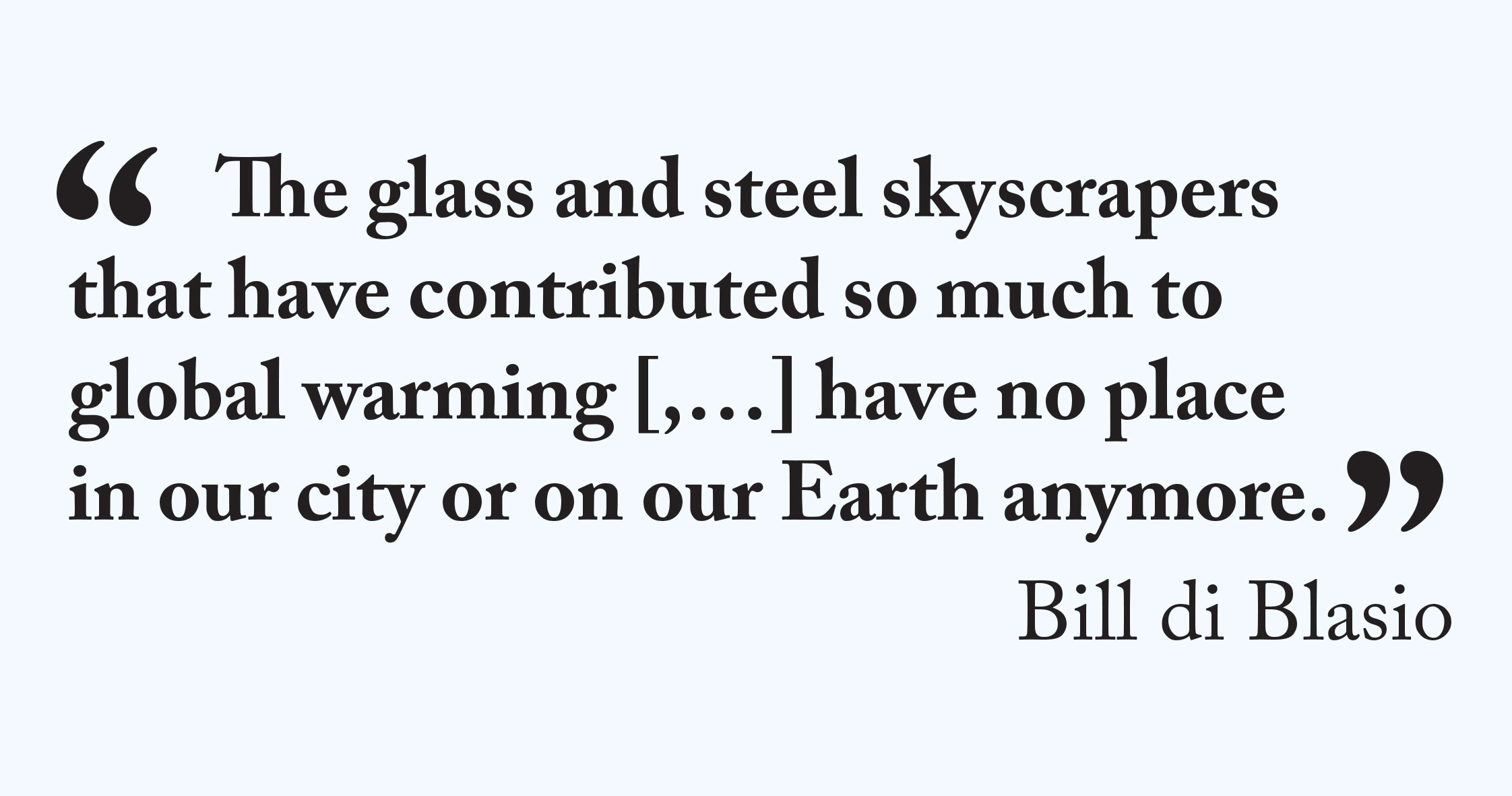 This opinion is not helped by headline grabbing ‘anti-glass’ statements from high profile figures who are spoilt for choice for staggering statistics on the energy consumption of buildings.

“The glass and steel skyscrapers that have contributed so much to global warming have no place in our city or on our Earth anymore.” Bill di Blasio

Façade industry insiders however understand that behind the dramatic rhetoric lie admirable ambitions and sensible plans to improve. A quote from the Mayor’s office of Sustainability issued swiftly after di Blasio’s speech better articulated an agenda we can all get behind: “We have to fight for every square foot of efficiency in a city that has a million buildings.” 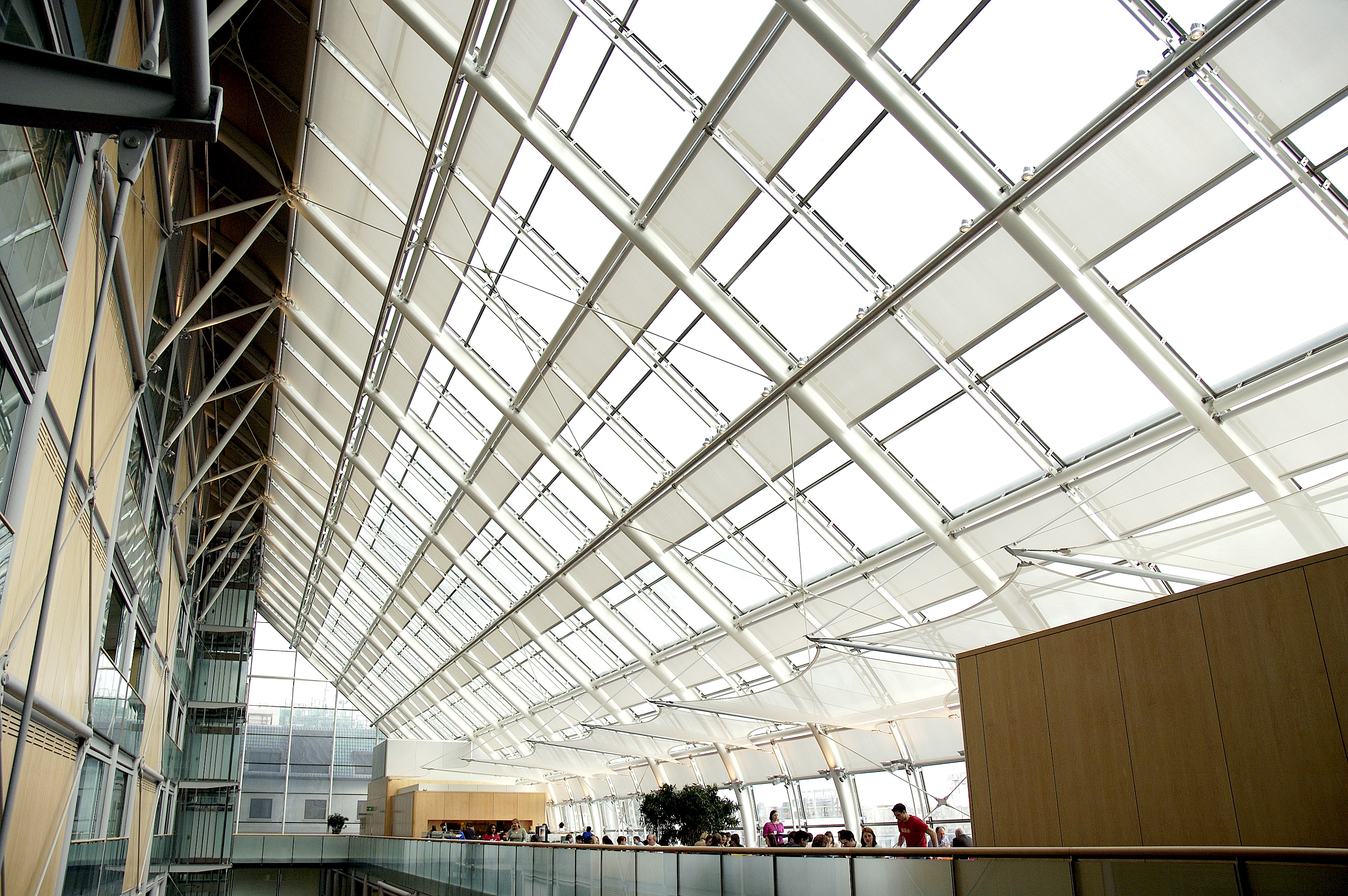 Perhaps, however, the Mayor’s more extreme statement is necessary, given the unfortunate truth that many new buildings are still too hot, too bright and too environmentally dirty. Air conditioning use alone now accounts for about a fifth of electricity used in buildings, or 10% of all global electricity consumption today , and is expected to triple by 2050.

Heat vs Transparency – Revolution or Evolution?

With 1.3 billion square meters of glazed facades now constructed each year façade professionals are at the forefront of this challenge. They therefore must fight for a positive narrative.

Step forward the architects, engineers and builders who have radical new ideas for carbon busting, planet preserving buildings, which are also healthy, energizing, productive places. PLP, Wayne Hemingway and Stefano Boeri spring to mind with their smart buildings and vertical forests. Combine that with the amazing developments of smart glass over the past few years, and we have the beginnings of a revolution.

However, sometimes it is the quieter evolutions that have the most impact, and there are dramatic and fast gains to be had from a more collaborative approach to façade design with better coordination of existing technologies. Traditional shading systems such as blinds are a good example of this, which over the past decade have slowly but surely moved them from the desks of interior designers and fit out contractors to become an important weapon in the façade engineer’s armoury. Why? Firstly, because façade designers have been driven to look for creative ways to meet ever-tougher performance criteria. While some still see blinds as decoration or an anti-glare measure, others have realised that they can have a game changing impact on thermal performance, and on the glass specification itself.

Even with the most effective solar control glass, the right kind of blind can save almost half of the energy typically used for air conditioning and lighting (see Chart 1). To put that into a context that we can all understand, a recent PhD study at South Bank University examined a block of flats in Camden where the internal air temperature in summer reached 45°C, the same as a typical day in Death Valley. The study found that even medium performance blinds could make a difference of as much as 18°C. 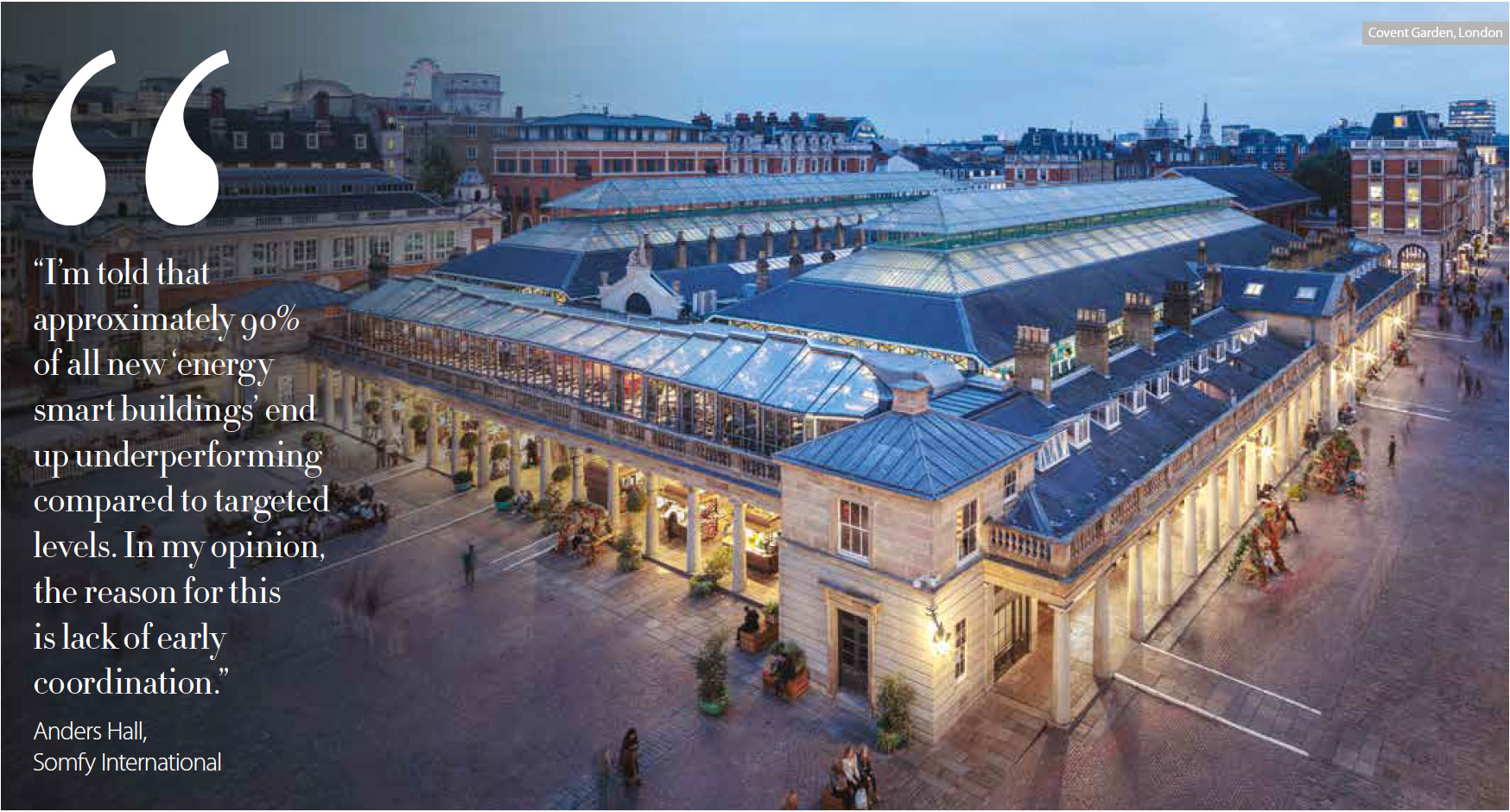 In our enthusiasm for achieving energy savings, it would be easy to start designing buildings with powerful solar control glazing that eliminates natural daylight, to the detriment of our health. The diagrams below show the spectrum of light entering a building with and without solar control glass and shading, and herein lies a USP from the shading industry that every glass salesperson should have in their bag: to control the quantity of daylight entering a room without changing its nature.

Depending on climate and region, solar protection is only needed for between 10-20% of daylight hours. Dynamic shading combined with clear glass ensures the best quality of daylight by reducing its intensity without changing its spectrum. This “good light” is essential for health, productivity, and mood.

The 3 factors to effective shading design

Today’s dynamic building envelope must include integration of shading, lighting and HVAC systems that constantly respond to their surroundings. The only way to get it all right is proper collaboration between specifiers, engineers, and product manufacturers early in the design process. In most cases, this is still not happening. Reliance is often placed on building services engineers in the unrealistic expectation that they should somehow know it all.

“I’m told that approximately 90% of all new ‘energy smart buildings’ end up underperforming compared to targeted levels. In my opinion, the reason for this is lack of early coordination.” Anders Hall, Somfy International.

There are a growing number of more holistic ‘Environmental Design Consultants’ as well as integration and controls experts operating within the larger, multi-disciplinary facade engineering practices who do have the potential to facilitate genuine early collaboration. Those that do this successfully will produce buildings that truly harness the power of light and shade as positive environmental and architectural features, rather than creating problems to be overcome later.

Like in any industry, new shading products are being developed all the time. The advancements in the metallisation of fabrics alone over the past few years is such that it could have a big impact for façade designers and the performance criteria they must safely meet. Development of new mechanical blind systems is also moving at a pace, meaning that facades of complex geometry can be shaded in ways that were not possible just a few years ago. These advancements can only be implemented with early collaboration and involvement of a network of product manufacturers and engineers that can offer an un-biased view of all the latest products available.

Dynamically responsive facades are needed due to the fundamentally dynamic nature of the sun and the sky. The benefits of a solar shading system for large façade projects can therefore only be realised if the system is automatically controlled. It will then work properly even when people are absent, reacting to the environment without the need for human attention. The temptation to save

money on up-front costs by swapping to manual systems is very expensive in the long run. This was proven in a 2014 ESTIA study which concluded that facades with manually operated blinds are twice as inefficient than those with an automated system, and found that manual blinds in large buildings are moved on average less than twice per week . Integration of control systems for solar shading with other dynamic façade elements such as energy harvesting, controllable lighting and

HVAC systems is becoming easier as the sensors and controls industry continues to develop AI and IoT based technologies with open protocols. Blinds, lights and A/C units can finally talk to each other, figure out our needs and respond accordingly. 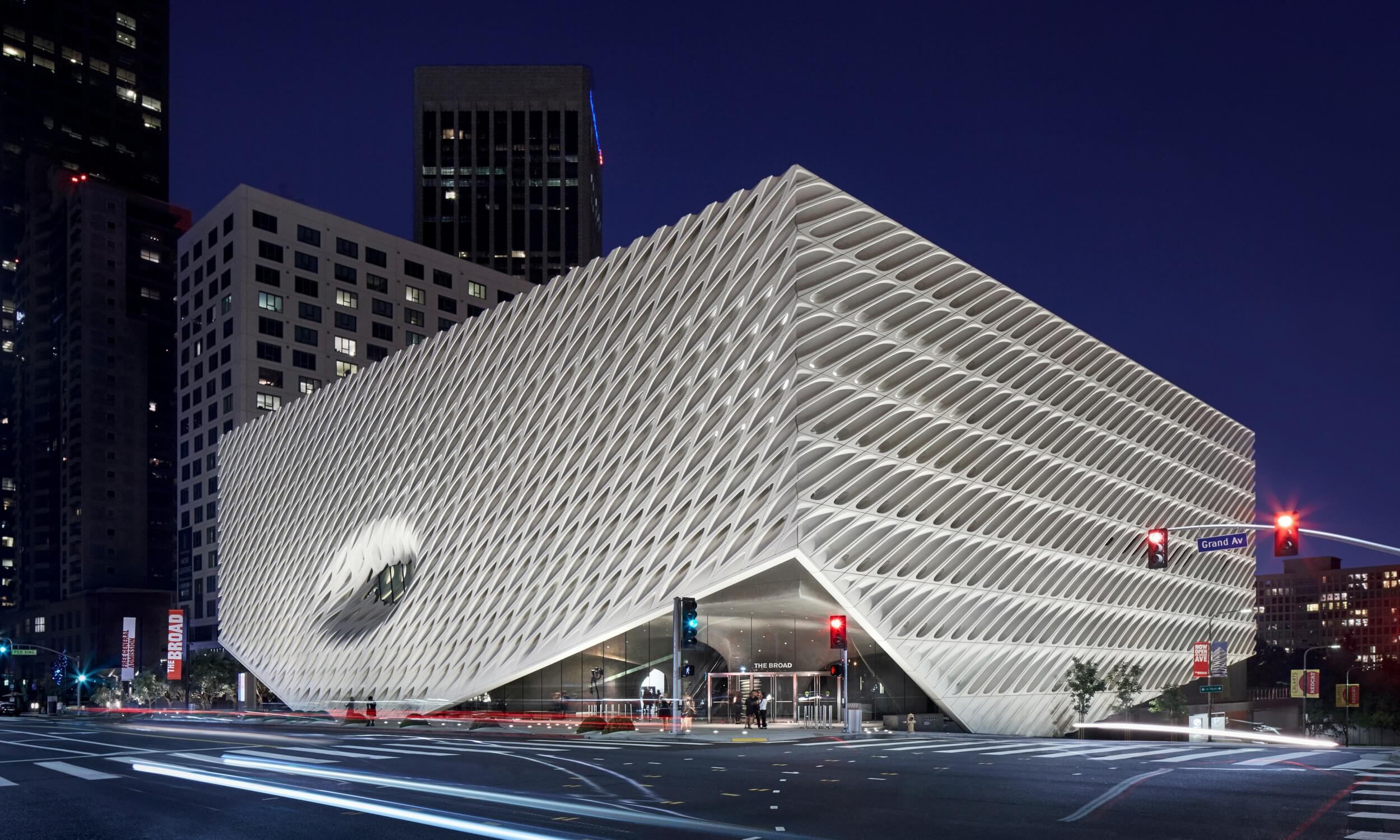 It is no longer enough for our façades to separate indoors from out; they must be beautiful, transparent, and energy efficient, all at the same time. In fact, we ask for so much from our building skin these days, it’s hardly surprising that even with an army of services engineers hovering over their calculators at the design stage, we often find ourselves sweating or squinting at practical completion. Square boxes with no windows would be a good answer for energy efficiency, but they won’t exactly inspire the next great heights of human existence. So what if glass could change its g-value, clarity, and aesthetic instantly in response to environmental conditions, energy requirements, and individuals, all for less than a standard glazing specification? And what if facades could themselves decide and act on what we, our buildings and our planet need before we even realise it?

Glass is not the enemy. Let’s sell more of it, integrated with intelligent shading, lighting and HVAC systems. Let’s help to save the world.